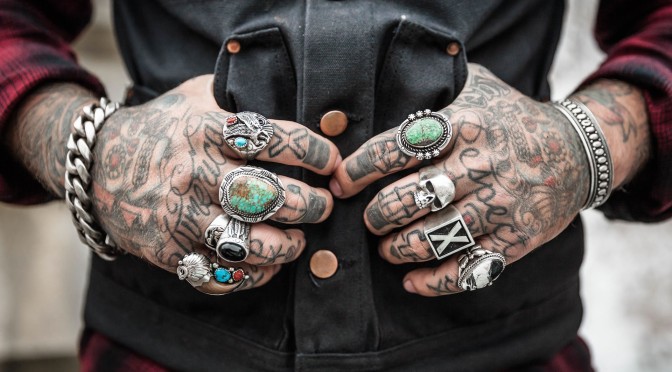 I came across Richard Thomas through his column on Lit Reactor. The strength of his writing advice and his authoritative tone persuaded me to have a nose at his published works. Fortunately, Thomas ends his articles with a link to one of his many stories – yup, that’s called marketing, folks. And sometimes it works. 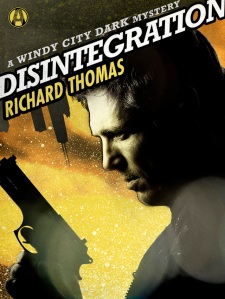 But I have to admit, when I started reading Disintegration, I thought it was a parody. It read like Raymond Chandler had woken up in the 80s, boshed an ounce of coke and angrily smashed out this thriller while punching himself in the face. It was so stylised, it felt like a fan fiction story pumped full of steroids.

The basic premise involves an alcoholic depressive who comes under the employ of a mysterious Russian gangster, Vlad, who instructs our narrator to murder his enemies. Of course, our man wasn’t always a tattooed thug (he gets a new tat every time he kills, natch). No, he used to be a cop, with a family, but grief pickled in booze left him soulless and alone, except for his pet cat.

The first few chapters certainly set the tone – the narrative builds slowly as the narrator descends into violence and unfettered substance abuse. His first victim is a douche-canoe on the freeway who doesn’t know how to overtake properly. He drives the prick off the road and ensures he never drives again.

Later, our sullen hero goes out to the park, spots a yuppy being cruel to a puppy, and beats him to death with his fists. Seriously – a guy backhands a beagle, and pays for it. This is Chapter 13, before the plot proper has begun.

This unprovoked retribution drifts in and out of a drunken haze, and it becomes increasingly clear our narrator is of the unreliable type. Nevertheless, as he discovers more about his fuzzy relationship with the Russian, and others employed by him, more is revealed about his own past. And that’s where the story shines.

You do have to get through the impossibly poor dialogue, though. Remember the puppy-punting yuppy? After a barage of punches to the face, the suit says,

Or when Vlad first grooms the protagonist, and observes his alcoholism.

There are also moments of confession that are drawn out of people with next to no coercion, or expository blurts from characters supposedly talking to unfamiliar pizza delivery men. You read it and think, Why are you telling that person those things? It’s clunky, clumsy and unrealistic.

Though the book is filled with this kind of absurd stylisation, once you get into its rhythm – once you accept its unapologetically B-movie tone – the underlying story is a good one, and enjoyable, with a pinch of salt. Actually, make that a cup.

And there are moments of poetic rhythm that deserve recognition. There’s a talent in the prose, no mistaking it.

Just sounds nice doesn’t it? Sure, it’s describing a fetishists’ night club through the haze of an angry binge, but the words are crafted beautifully.

And my favourite description of a man about to cry, without mention of tears rolling, or leaking eyes, or glistening irises:

“My face threatens to cave in on itself, and I’m reminded why I don’t come here any more.”

That’s how I feel if I’m about to cry – I have no control over my face’s impending implosion.

Would I recommend it? Not necessarily – the dialogue is too ridiculous, and the story a little forced. But I’d definitely read more from the author – he has an excellent grasp of imagery and a visceral storytelling style. I think I could learn a lot from reading more.